You are here:
Ministry News 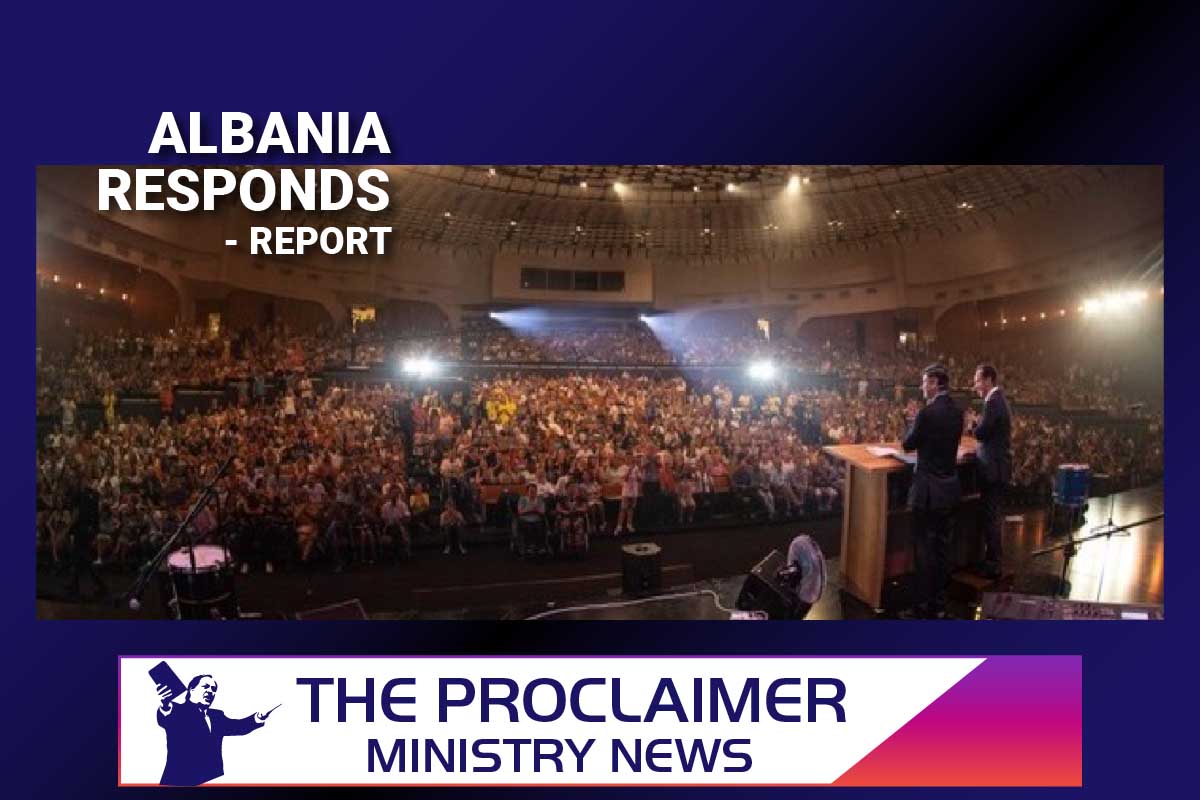 The “Festim Shprese me” or Celebration of Hope with Will Graham was held at the Palace of Congress in the nation’s capital city. More than 50 years ago, the communist party declared Albania to be the world’s first atheist nation.

Nearly 60 percent of Albanians (three out of every five people) follow Islam. During communist rule, Christians were widely persecuted. However, in 1990, freedom to worship was restored, and churches and mosques began reopening.

Three million people call this small country in the Balkans home. Located in south-eastern Europe, Albania is Mother Teresa’s homeland. Its borders include the Adriatic and Ionian Seas, Montenegro, Kosovo, Macedonia and Greece. Castles and archaeological sites are scattered throughout this mountainous nation.

As you can see from the photos, so many made their commitment to Christ. A spark has been ignited. Let us pray that a fire of revival will sweep throughout Albania. After so much hurt, pain and persecution, we are praying the healing power of the Gospel will sweep across this beautiful nation.

We simply could not go with the Gospel to these places without your practical support. Please consider sending a gift today.
We would be so very grateful.

Together – Reaching a lost world